Ian Pelham-Turner – ‘My journey as the Commissioned Royal Photographer’ 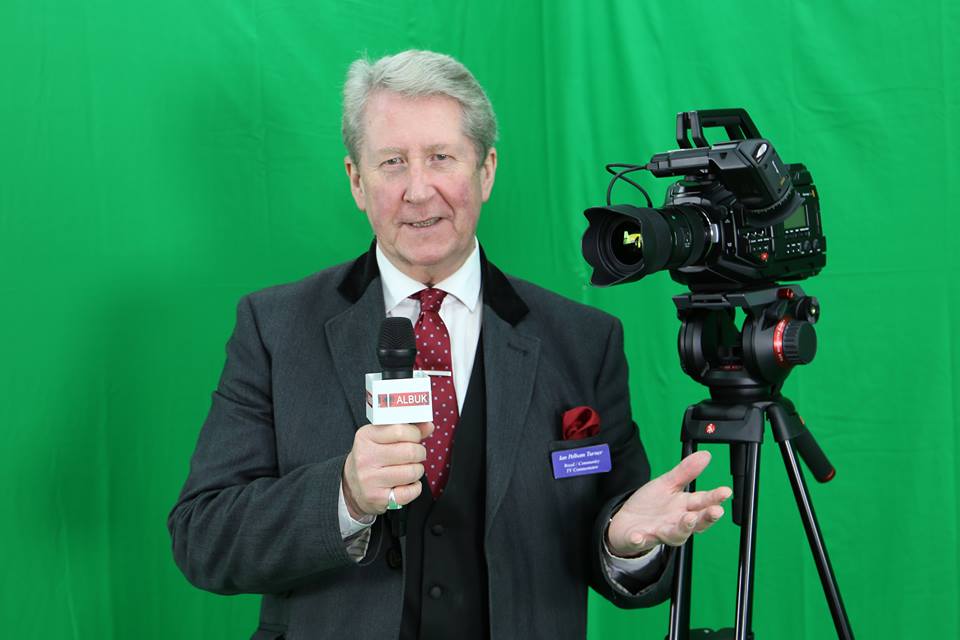 Ian-Pelham Turner is a Presenter and Producer on ‘The Great British Good News Show’ on Sky Community Channels.

He has spent​ the last fifty years in journalism, working with national and international newspapers and magazines. He is also a commissioned Royal photographer who has worked with five generations of the Royal family and won Royal awards for the first official Christmas photographs of Prince William with Prince Charles and Princess Diana at Kensington palace in 1982. This was the last private occasion for Princess Diana before her untimely death. Ian has also appeared on major television channels across the world giving his expert opinions on the Royal family. In this interview he shares with us some of the best moments of his career, his passion to support women’s empowerment and some tips for new aspirants to journalism.

Tell us a bit about more about your background and early career in journalism?

Journalism has been a career, a lifestyle and a best friend for the past 52 years, ever since I entered the profession as an apprentice photo-journalist in 1966, working for a local newspaper in my home town of Chatham, Kent. I often say I have loved every day of my working life and I still do at 67. I am still as ambitious as on my first day all those years ago. I feel the other great passion in my life is supporting womanhood because of the values and qualities that women offer. To this end, I am a great supporter of feminism and communities in Britain – my mantra being ‘I want everyone living in the country to be seen as a first-class citizen, to be honoured and respected for their skills and achievements and be seen as human beings’.

Thus, on every occasion when I am working for television broadcasters across the world, I beat the drum just as much about supporting people as much as discussing the latest issues relating to the British Royal family.

What was your first job in journalism and how did you get it? Share with us some sweet memories.

In that role, early on in my career, my first commissioned photograph of the Royals was to take images of Princess Margaret opening a new road bridge. I was just 16 and I thought I had made it in my career!

Over the years, since moving to London, I have worked with five generations of the Royal Family, including taking the first official Christmas shots of the then baby Prince William with Diana and Charles at Kensington Palace which won me a Royal ‘Photograph of the Year’ award the following year 1983. Then Digital photography came along and I found it difficult to technically continue at the time, and so, in 2009 I decided to leave newspapers and seek pastures new.

Who was the most-inspiring celebrity you have ever met?

During my career as a photo-journalist, and then an investigative journalist, I have seen the highs and lows of humanity; from working with major stars like John Wayne, Frank Sinatra, Harrison Ford (freshly after the first Star Wars) to the killing fields in Bucharest, Romania, where children from the streets were permanently removed by killing squads – and also the effects on life during the troubles in Northern Ireland.

What has been your personal key to success?

Luck has played a hand all my life, and when it was announced that Prince William was going to marry Kate Middleton, I was asked to comment about it on ITN. Then CNN saw this interview and asked me to be an ‘anchor’ on one of their wedding shows. NBC, another massive USA channel, saw this and invited me on to their shows and, before I knew it, I was working with more and more channels – and I still am to this day. I have regularly appeared on TV shows across the world as a Royal commentator for the past nine years. A great friend – and working partner on a lot of the Royal projects, is Royal photographer and broadcaster Helena Chard. We have spent many a happy time working on Royal commissions. Five years ago, with my great friend William Kapuku Bwabwa, I started “Good News Britain” which seeks to support communities in the UK via television and I created a new career as a TV producer.

What is special about your lifestyle?

Recently, I have a regular spot on ‘Sky 585 Loveworld channel’ with Wilma Ezimako, which goes out to 360 million homes across the world. And my latest passion is to work with ‘ALB UK TV’ and its owner, Helidon Kastrani, promoting the wonderful Albanian community, the country of Mirela Sula, the founder of ‘Global Woman’.

What advice would you give to wannabe journalists wanting to break into this industry?

How you get into broadcasting, how you become a successful journalist, travelling the world seeing untold adventures, for me, is a simple answer, ‘just be yourself’. Work hard, be passionate about what you do, have ambition, drive and determination and a bit of luck helps too. This is what has given me the energy and pleasure of loving every day of my life.