Re-Wired: A Life on the Circuit - Global Man

Re-Wired: A Life on the Circuit 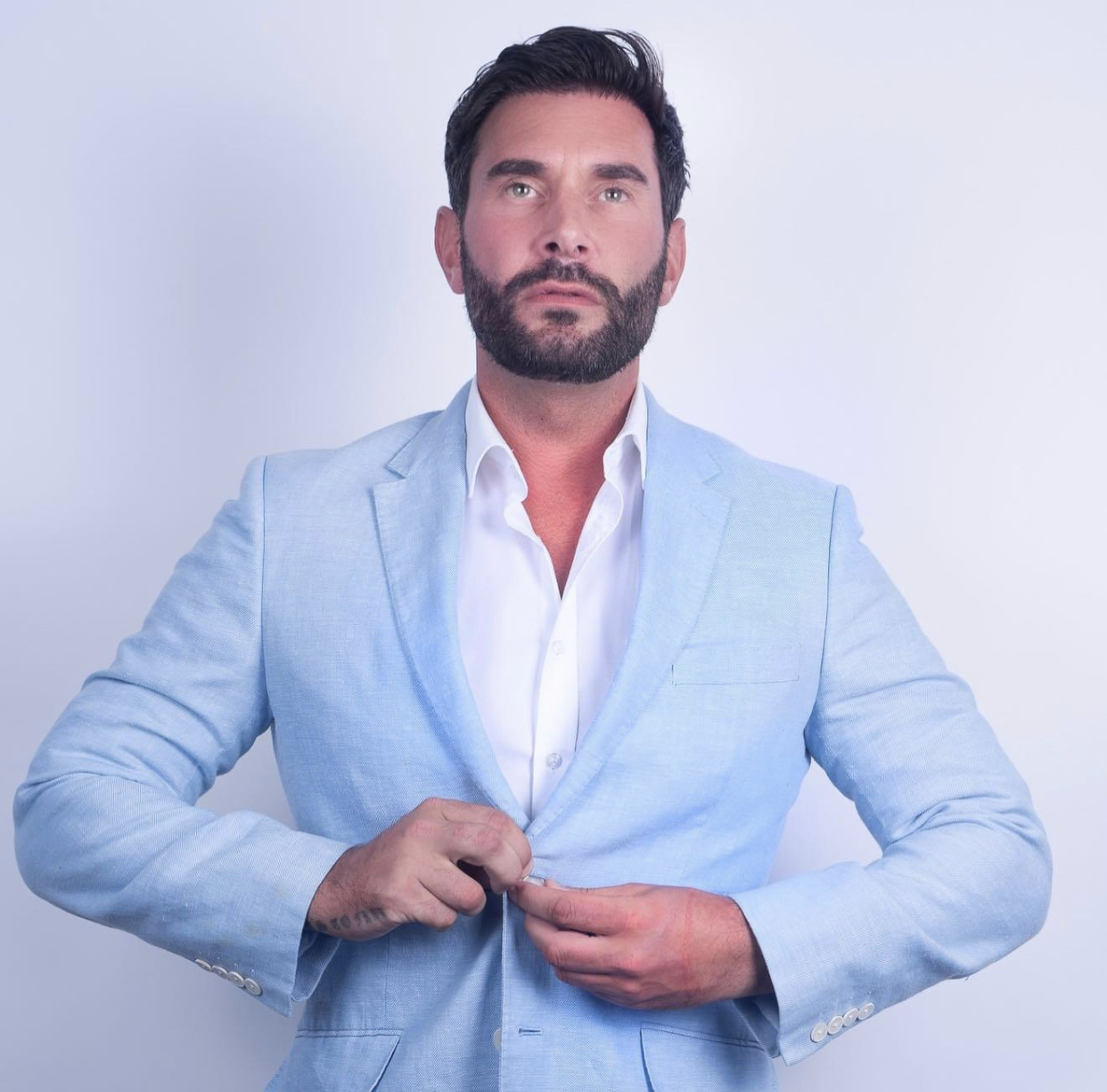 It’s quite a leap to go from electric guitar to electric car, but then again, Adam Kelbie is no stranger to remaking his career to suit his positive drive for happiness.

The innovative founder of marketing firm, A Hand Online, and KLB Global Solutions opens up – on challenges he’s faced, why young men need direction and how he found himself playing Jackson Maine in a stage show adaptation.

And when the conversation turns to tech, the former All Together Now TV judge takes the chance to wax lyrical on his plans to bring the digital and social together: from cryptocurrencies and NFTs to tackling expensive fuel bills and building 8-minute homes!

All befitting for the Herts man who once set out on tours with his band, ready to “take on the world”!

“You just have to act and believe” 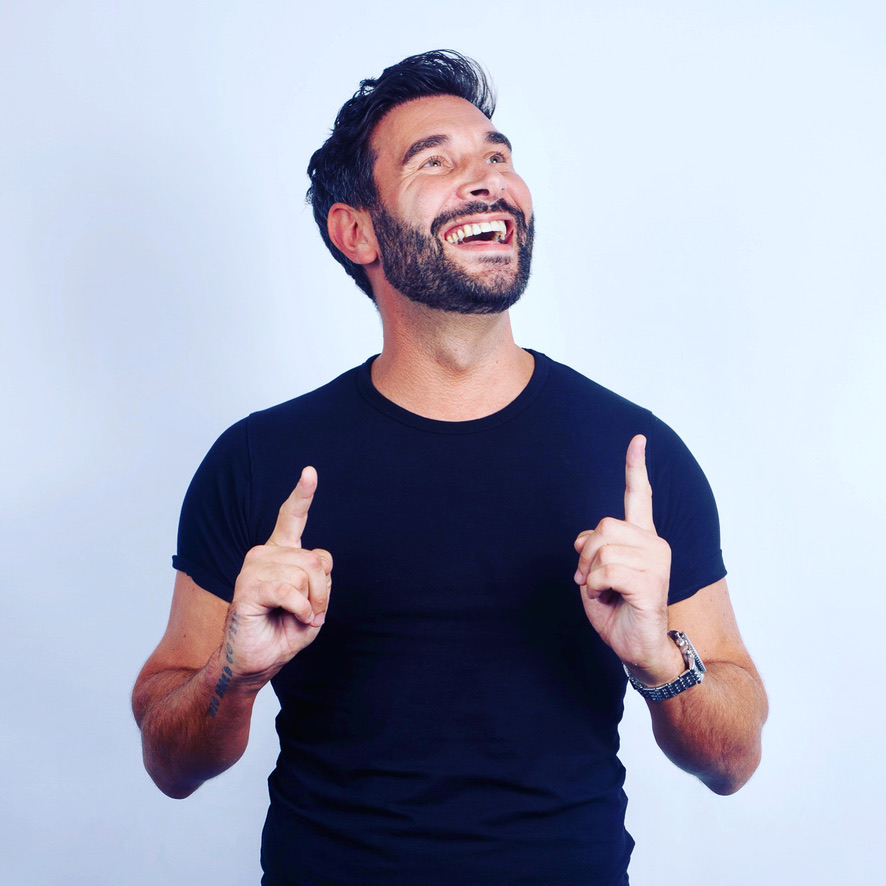 Take us back to a young Adam Kelbie in the early 2000’s music scene – what was the story behind you joining a band? Which groups influenced you and was there an element of you “finding yourself” through this musical journey?

Our music was a mixture of The Prodigy/Kasabian meets Madness. We were a very laddie band and I think that best describes this moment of my life.  I really learnt how to write good songs with the team and there was no bigger rush than being up on stage performing them. We were just 6 lads taking on the world and it felt amazing.

I definitely found parts of myself that I liked and also discovered areas that really needed work.  I learnt that you have to be persistent to achieve your goals.  There are a lot of promises made in the music world. A lot of hype that sometimes doesn’t live up to what you expect.  You could get down and disillusioned, or dust yourself off, believe in yourself and keep on battling.

Talk us through how you moved from travelling across the country on music tours to travelling across the world promoting the Formula E circuit. The last 2 years have seen any number of people switch and make radical career changes. How did you cope with adjusting and what advice would you give others?

For a couple of years after the music finished, I really did not know what to do with myself.  I was stuck in some dead-end promotional work – giving out free samples of products and the like – and I noticed I was starting to get very low.  I had NEVER actually thought about what I would do apart from music. In fact, I really did not know what I could do.  All I knew was that I’d begun to get frustrated with myself, feeling as if I was not amounting to my true potential.

During this period of my life, I struggled with some mental health issues – having no direction can do that to a person. Still, I refused to give up on myself and when I was offered the chance to join the Formula E PR team, it really brought me back to life!  All of a sudden, I had purpose. There were goals to achieve and I became part of a networking circle that you could only dream of being in.  This really kick-started my corporate career and encouraged belief in myself.

I have seen many people, including my own brother, restart their careers during the last couple of years. I believe the pandemic gave everyone a chance to reflect.  Are they happy doing what they are doing? Do they look forward to getting up and working on their own goals? Could they do something else?  The answer is YES.  You just have to act and believe. Then, you really can achieve what you want.

You moved into the world of business, with a focus on communication. You say that you helped CEOs out with improving their on-screen persona and networking at events. I note that you featured as a judge on a primetime BBC One talent show. To what extent would you describe yourself as an extrovert and does that stem from your touring days? Would you describe it as innate, or did you have to take steps to build your confidence?

Well, I am an entertainer at heart and I just can’t help but bring that into my social and business surroundings.  I like to know what’s going on in the room and I like to build a happy environment.  Does it make me stand out in a room because of my entertainment traits? Most certainly.

During lockdown, I asked myself “what is the best value that I can offer people?”.  I took for granted how nervous people can get in front of crowds, peers or in face-to-face business meetings.  For me, it’s always been a skill that I had to put aside or I would never have got up on stage or in front of the camera.  I had no choice if I wanted to succeed in this career.

In modern times, I believe that the CEO’s and top execs are the rockstars of the business world. This is something they might never have trained in and may find it very uncomfortable. A good CEO knows he has to break through his comfort zone, and so I help them to believe in that side of their persona. That may involve working a room at a networking event, standing up on stage and giving talks or doing a piece to camera.  It’s amazing how great these individuals are once they believe in that side of themselves.

At Global Man, we’ve recently been setting our sights on the future, from ecological sustainability to developments in new technology. As someone who has been involved in Formula E, the world of cryptocurrency and describes themselves as “a big campaigner for world energy solutions” (Hertfordshire Mercury), could you tell us some more about what draws you to this particular sphere, in addition to what you’re currently working on?

There are a lot of technologies out there that can really help the planet but unfortunately, they never see the light of day.  They get swallowed up by the big boys or ridiculed, as it goes against what the bigger companies’ plans are. However, I believe that the tide is turning and with the introduction of raising money through cryptocurrency, a lot more of these projects will soon come to fruition.

As for me, I’m now working on modular homes that can help with the UK’s housing crisis and reduce carbon footprint – and it’s amazing technology! They can literally put up a house in 8 minutes, I kid you not.

Another project that I’m currently spearheading and raising finance for, is an NFT project involving real estate. Now, real estate is quite a stable investment but you need to have a lot of money to get involved in it.  My project will ensure that anyone can invest in real estate and receive the gains, whilst also putting extra emphasis on building out social and affordable housing.

Banks don’t need to rebuild our nations and shouldn’t be the only ones to gain. We, the people, can both rebuild and reap those rewards.

In the past, I also raised money for waste-to-energy power plants. This is great technology and also should be paramount in helping to reduce the rising energy costs we’re all facing.

If I could pick up on your work and focus around affordable, social housing. Why did you decide to concentrate on the housing crisis as a matter to address? You’ve also used some profits to donate to the Red Cross. In light of post-pandemic developments, do you believe there needs to be a closer connection between business enterprises and social awareness, that they can’t be divorced from their surroundings?

Social and affordable housing is important to me because everybody needs and deserves a home. Home life is so important and there really is a shortfall of housing in the UK and across the world.

Raising money for the Red Cross is actually something for an app that I have been helping to develop, along with the amazing guys over at Lucky block coin.  It’s the first of its kind crypto lottery and they are giving 10% of all proceeds to charity. Good on them.

There is definitely a responsibility that business leaders need to take on their shoulders in how we shape the world for the better.  That’s to say, it should always concentrate on what’s good for the collective and not just for personal gain, as I believe some huge greedy companies are doing.

Like nearly everyone, you were adversely affected by disruption brought about in the pandemic. You were cast in a stage show that was brought to an early end. How was time during lockdown for you? Was it a time of reflection and how difficult (or otherwise) was it?

Yes, the tour was brought to an abrupt end as the pandemic spread and shows were cancelled. So, I used lockdown to reflect on how being on stage made me feel, and why I had built up these stupid beliefs that I had to do one or the other.  Either be a performer or a businessman.  Rubbish! I can do both and I will do both.

Looking to the future, your stage show “A Star is Born This Way” – a theatre adaptation of “A Star is Born” – is ready to hit the roads again and go back on tour. You’ve said that you no longer have to choose between business and music – now it looks like we can add acting to the list! Where do you hope this path will take you and what can say to those who feel that they have to choose?

Although I do like acting, the stage show I was involved in, playing Jackson Maine, only featured songs from the famous movie.  It was something I never expected to do again but when you are offered an arena tour and it’s a chance for your little nephews to see old Uncle Adam – you take it.

All we want in life is to be happy and I am happiest when helping others and being on stage myself.  Why I ever thought I had to choose, is only because I allowed other people’s opinions to influence mine.  Finally, I’ve realised that me being me – doing what makes me happy – is the only thing that brings the best Adam out in all walks of life.