Two Worlds, One Sound – Combining the World of Music and Business - Global Man

Two Worlds, One Sound – Combining the World of Music and Business 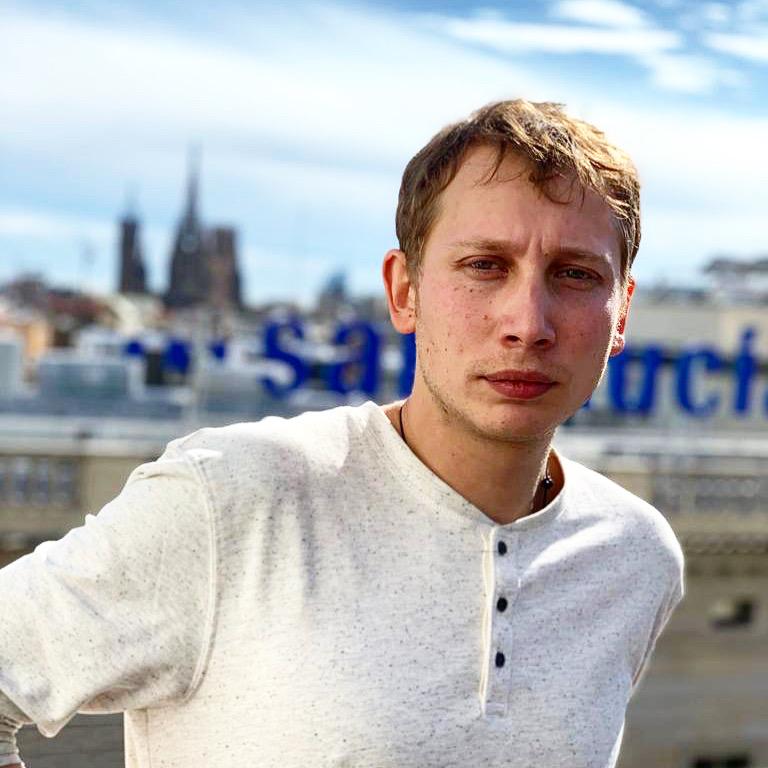 Two worlds, one sound – Oli Rose has experienced it both, a world on stage as one half of the musical duo iAm1 and behind the scenes turning the toggles of the music industry. From the intricacy of songwriting to the strategic nature of social media marketing, from music to business, Oli was presented with a 360 perspective to the industry. Joining forces with the Lang Lang Foundation as Global Development Director, Oli is on a path of territory expansion around the world, overseeing everything from program creation & development, to media and PR, and everything in between.

From a musical education at the University of Westminster to Creative Director of the Lang Lang International Music Foundation, what was the catalyst that led you into the music industry?

As a teenager, I started learning the guitar without any particularly serious intentions. My mum is a poet and she did a local radio version of Dessert Island Discs, where one of her song choices was James Taylor’s You’ve Got A Friend. I’m pretty sure I had heard it before but, for some reason, this time it just hit me on another level. Maybe it was in the context of my mum choosing it, or maybe I was going through a typical teenage slump and needed to hear it – who knows! Not too long after that, knowing I was a bit of a fan, my guitar teacher kindly offered to take me to see James Taylor live in concert (I was about 15). Long story short, it was like nothing I had ever experienced. I was totally mind blown, and from then on my life fully revolved around music.

You made your musical debut after graduating from university, after being discovered by legendary music producer Cameron Mcvey as part of music duo iAm1. The duo is often described as two different styles, backgrounds and influences. Can you tell us more about this contrasting nature of iAm1?

My musical partner Jamie and I were put together by complete chance as part of a performance module at the University of Westminster (we were doing a commercial music degree). It was the two of us and about four other musicians. I was a singer-songwriter, and Jamie was a rapper/MC, and we just clicked, simple as that. Clicked as artists, clicked as friends, and suddenly this unique combination of musical worlds became something that felt very unique, especially for the time. Everything about our musical influences was different, but somehow the way we channelled them came together effortlessly. It was an incredible and life-changing time. 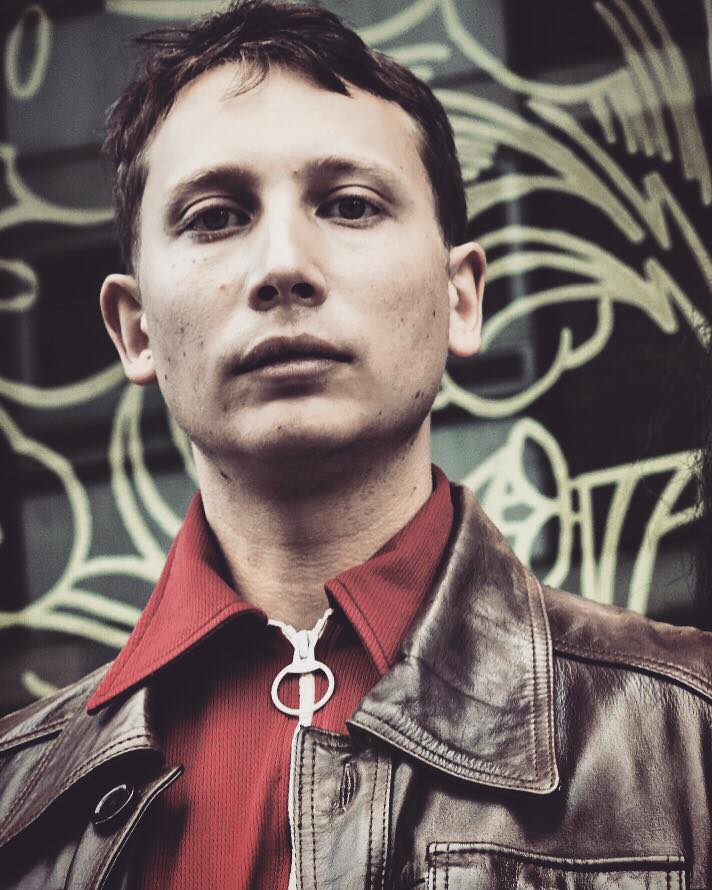 You were the singer-songwriter of the two – what does your songwriting process look like? Where does your musical inspiration come from?

Our musical influences growing up were completely different genre-wise. However, I think we both connected to certain emotive elements in music, where genre actually doesn’t make any difference to the actual feeling. At the very beginning (2007/2008), I used to come up with a chord progression and singing part, mostly chorus ideas, and due to our lack of recording equipment/ knowledge, I literally used to play the chord progressions on a loop for as long as it took for Jamie to write his verses, to the point where often my fingers started to bleed. I barely even noticed most of the time! Years later, we scrapped that process for more conventional recording methods, which of course, had its benefits, but there was a certain vibe when we wrote like that which we would never be able to replicate doing it another way. The energy was so contained it was impossible to not be fully present in it.

Still in the music industry, however a very contrasting role, you went on to manage the social media on X-Factor, and later worked in social and digital marketing. What led to this transition in your career?

It wasn’t a particularly conscious change in my career as such – I was still very young and super open to new experiences. When I took on the X Factor job in 2011, the importance of social media as a marketing tool was still in the process of becoming more widely recognised in the mainstream. Back then, we had to really persuade people that it was important! The show wanted someone who had experience working with artists on a creative level to come in and connect with the contestants more personally in order to get the best out of them on social media. It was quite a dramatic shift of environment for me, but it felt like it could be a unique and interesting place to be, and more than anything, a crazy learning experience, which it most definitely was. I then continued to work in both areas simultaneously, working with artists in studios making music and working on the business side within digital and social marketing. It could be slightly conflicting at times, but I look back and realise how the combined paths have created quite a unique perspective and approach to everything I do. 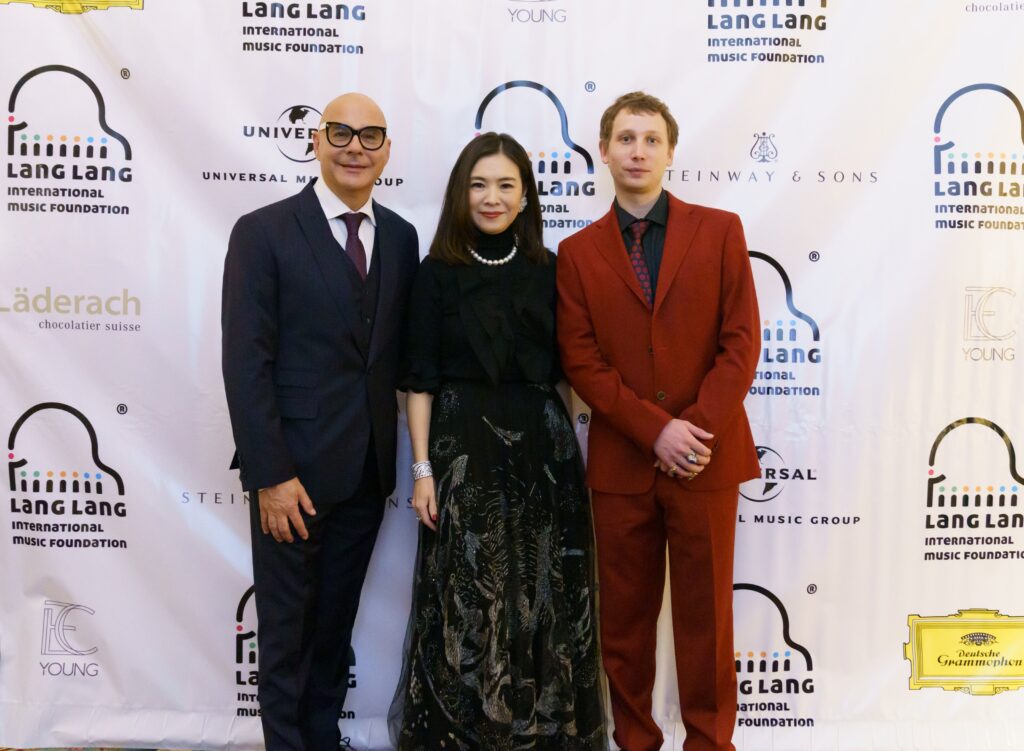 Social media, marketing and brand presence are apparent when reading about artists or scrolling through Instagram and Twitter. How vital is digital marketing to an artists’ career and development?

Digital marketing is essential for artists, as it creates a window into everything they do. If you break down how a fan base is recognised right now, it all stems back to social media. If you hear and love a song whether on the radio, on Spotify, or at a festival, the first thing you will do is go to the artist’s socials. If you like what you see and their page seems engaging enough, you’ll follow, and if the content is good enough to keep engaging with, the more you and subsequently others will see of that artist. That, in a nutshell, is pretty much how an artist-fan base grows in today’s world. Artists need to continually “feed their fans” in order to stay present. The key for any artist is to try and create an as honest and organic representation of themselves so people can connect with who they are. That side of being an artist hasn’t changed. The way in which fans have the ability to connect with artists is forever evolving.

You are currently the Global Development Director of the Lang Lang International Music Foundation. How did this opportunity come about? Where do you see the foundation in 5 years?

I had actually been working with Lang Lang for a couple of years already as part of his digital team, managing his social strategy. He then asked if I could help out the foundation with the promotion of a virtual gala they were doing in late 2020. I then oversaw the promotion surrounding the virtual gala, which was a beautiful event, but alongside that, I developed an amazing relationship with the foundation CEO, Lukas Barwinski Brown, and the rest of the team there. By the time it was all finished, it was a no-brainer that I became part of the team, and the idea of taking all of my experience and channelling it into something so positive and impactful filled me with a different kind of energy and drive. So, in January 2021, I took on the role of creative director, where I created and lead the new initiatives here in the UK, such as the partnerships with Child Bereavement UK, Richard House Children’s Hospice, as well as opening doors for us to be able to start implementing our education program (Keys Of Inspiration) into UK schools. By the end of the year, it made a lot of sense for me to put even more focus on program and territory expansion, not just in the UK but around the world, and so I took on the role of Global Development Director. Motivating and empowering others within my work has always been a massive part of my drive, so to be able to do a job where that is the prime objective, specifically for children that really need support, feels like the right place to be. Our plan for the next 5 years is simply to keep creating and growing impactful and innovative program initiatives and to keep expanding our global reach in order to bring education, opportunities, and inspiration to as many children as possible around the world.

What advice would you give to someone wanting to make their mark in the music industry?

My advice to anyone wanting be get into the music industry would be first, throw yourself into as much as you possibly can, wherever you possibly can. Immerse yourself in it, and don’t be afraid to jump in the deep end, whether it’s an opportunity that already exists or whether you need to create the scenario yourself. Secondly, following on from that, respect the journey. It doesn’t matter if some pathways lead to success or if they completely flop, you are always learning and growing, and that’s the most important thing. Lastly, specifically for artists and musicians, always try and remember why you wanted to get into the music world in the first place and stay true to those values.