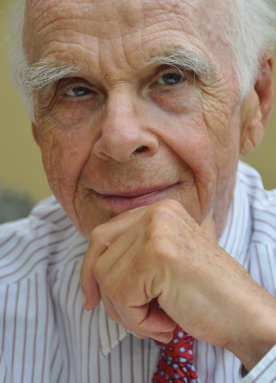 Having turned 90 only last month, it’s hardly surprising that Dr Ervin Laszlo has a lot to say – and that’s before taking into account his distinguished portfolio of philosophical work and research.

In part one, Dr Laszlo spoke to Global Man‘s Yassin El-Moudden about his beginnings as a young musician leaving Stalinist Hungary for piano recitals on the other side of the Iron Curtain. Discussion also concerned his influences from Bartok to Plato and parallels between the tumult of the 20th Century and the world crisis today.

With the second and final part of this interview, the intriguing philosopher of science turned to focus on the present and the future. Relating to his involvement in the Upshift Movement, Dr Laszlo takes on accelerationist growth, inaction on climate change and historical determinism.

Q: There’s an interesting point you made at the end (of part one) about making sure we move forward. History is a topic that quite a few philosophers have grappled with – I think of Walter Benjamin and his notion of history. So, am I right in understanding that you see history as being of a cyclical, rather than linear, nature. It can go backwards, instead of always progressing?

A: Well, that’s the case with any process which is not a deterministic process. There are no laws that define and decide what is to happen. In such a situation, that includes freedom – which in a negative sense is chaos, in the positive sense it is opportunity. There is an element of freedom to choose, to choose the way we want to go.

There are limits to nature – these are the limits of life – but we have to choose if we want to exempt ourselves from the limitations and possibilities of life on earth, which means the ecology of our living systems on earth. To exempt ourselves, go our own way and just try to subdue what is around us, that is the way big business and big government have been moving in the recent period, producing the unsustainability. The crisis – I think, even the health crisis – is human-made, by probably bringing in (for instance, the food chain) elements that don’t belong, because you’re always using everything that is possible to use as long as it makes some profit.

Q: How do you go about changing that?

A: So, I think the opportunity of making use of this freedom, is here and it is now. We need to introduce the values, the mindset, a new paradigm. It’s what the Germans call, Weltanschauung – an overall “worldview”. Right now, it’s become antiquated.

We thought it would be scientific, that it would compete, because “the strongest survive” as Darwin said. It’s a mistake. Not even Darwin said that, but his followers interpreted it like that. Or that everything is moving according to rigid mechanical laws, that the universe looks like this and humans can’t interfere – that’s the Newtonian heritage. So, we thought it was scientific. 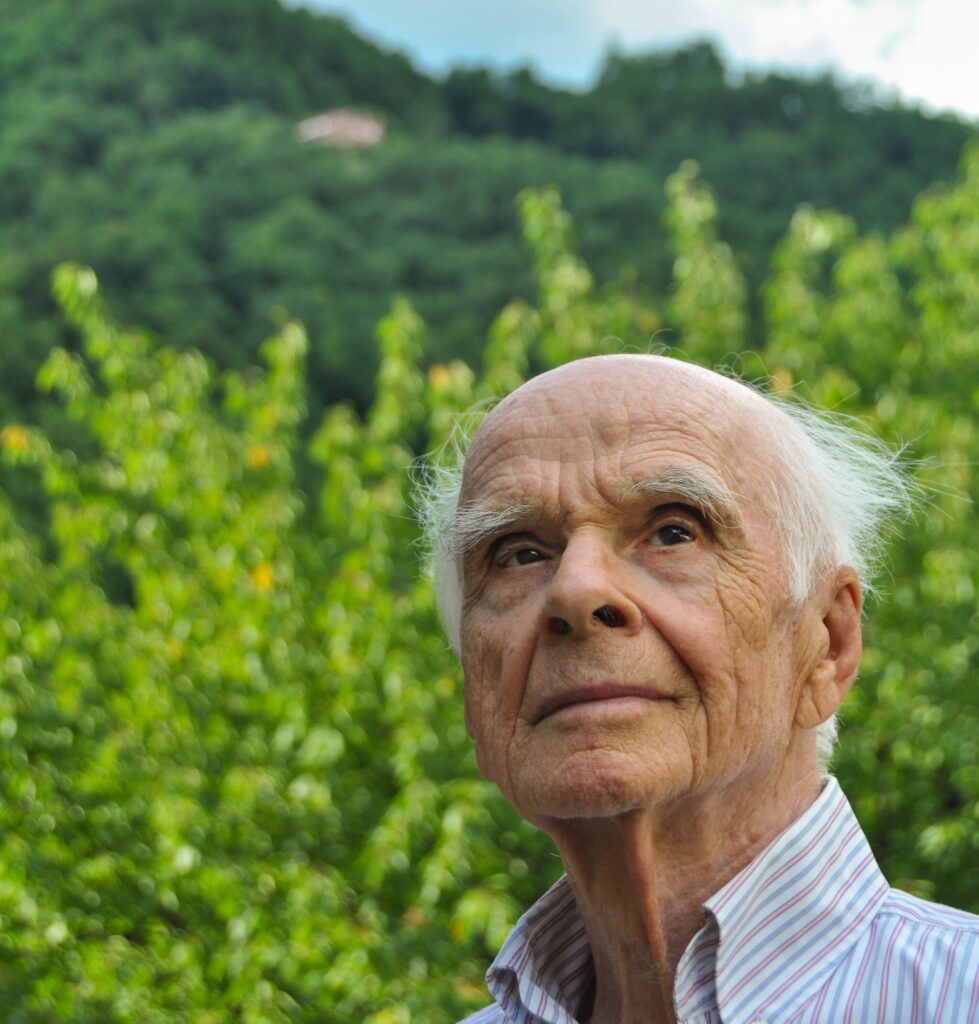 It turns out the new sciences talk about interconnection, non-locality and consciousness having a dominant and key role in life. It’s very different. Quantum physics, quantum biology, psychology and now, emerging trends in society and politics as well. This is a time to change. Above all, we need to change our mindset, so we may change our values and behaviours.

If we can change ourselves, we can help the world around us to change. As you know, Gandhi said “be the change you want to see in the world”. That can be contagious, it’s more contagious than any virus – in a good way, of course.

Q: If we focus on Hungary, after the collapse of the communist regime in 1990, how would you rate the transition from communism to liberal democracy?

A: Under communism, the regime belonged to a left-wing extreme and now it is very much of a right-wing extreme, which may or may not last. It is clear that it is not a truly open, democratic system and that has been the case for the last decade or so.

Q: You’ve talked a lot about the need for change from within. Regarding your involvement in issues such as the environment, what is the role of structures in combatting climate change and building a better world?

A: You need a democratic society. You need a society that recognises that there are limits to growth. The role here of being aware of who we are is of great importance. Climate change is a key test, actually. We have ignored our belonging to the systems and ecology of life. We are deforesting, we are over-mining, we are polluting, because we thought that anything can be done – anything that is technically feasible.

New technology can be employed to make a profit and as long as that is the case, there are no other boundaries. Sure, there are some laws that we need to respect, otherwise we’ll be caught, as it were. Yet, within these laws, we can do whatever we want without any regards for the consequences and that is the kind of classical liberalism which has backfired. This is because there are natural constraints on structures, on what we can create, on who we are and what our societies are.

We have to act within the confines of the processes of life. By going beyond, we have created artificial forms of living. Artificial foods, clothing and modes of communication that have created negative feedback. The consequence of this is more unsustainability.

Q: That’s intriguing. It reminds me a bit of what somebody I previously interviewed once said. Essentially, even when we develop new technology, we reproduce old ways of thinking within that. When you mention ‘negative feedback’, is it the artificiality that is the problem or what we, as humans, instil within it?

A: It’s the lack of recognising that not anything we can do, we should do. As long as it makes a profit. That created a human system on earth, that is moving in the direction of being a cancer (even if it is not exactly that). It reproduces itself at the cost of the planet, which is what a cancer does.

Q: Are you optimistic about the near future?

A: The horizons are shorter than we once thought. The problems are becoming much more acute, much more visible and they are not new problems.